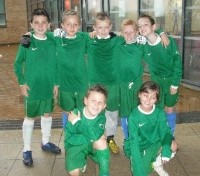 We walked up to West Leeds Academy and got drenched in the rain! When we got there we were flooded! We went down to the pitches and went through the rules. Then we played our 7 a-side matches which lasted 5 minutes each.We won 2 and lost 5 which gave us a good start to our sporting campaign. Matty scored a fabulous goal even though he wasn't past the half way line! Miss Jones and Mrs Vause were buzzing with excitement! It was brilliant!

We walked to Leeds West Academy to play the football competition. We played 6 teams and we drew 5 and lost 1 which meant that we got 11 points. We thought it was going to be a brilliant day but it started raining! We got drenched and we were nearly blown over! We went to our place to get ready and we took our Valley View jackets off and got playing. Taylor scored a billiant volley into the the back of the net agaisnt Stanningley!

It was a suberb game of football - Mr Kennedy would definately have been proud of our football team! In the last competition of the season they continued to play well and won some of their games. The team have enjoyed all the competitions and represented the school well. They finished mid-table. Well played to everybody on all the teams over the 3 competition nights.

Although it was muddy, rainy, wet and slippery the competion still went ahead! We played great and our team support and co-operation was suberb. The year 6 team didn't loose any games and our year 4/5 team only lost a couple. We all played with pride, and made Mrs stuttard and the sports coaches proud.

Our athletics team took part in a practise competition at LWA. It was a good team performance with team members showing great support for each other. The highlights were Matty's fantastic win in the javelin, and Edie getting lost on the obstacle course! Although we didn't win, we all tried our best, and we know what we need to practise for our next competition. 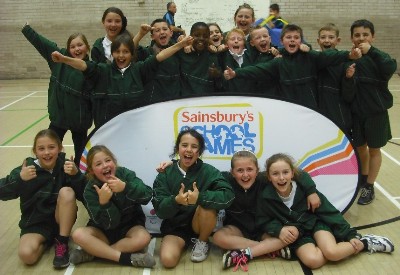 And there off.... Last week on Thursday year 5 and 6 went for the first round of the athletics and it was an amazing event, though we had to miss a race we WON! Everybody tried their very best and that was very important. Now that we have won we get to go to the cup final! On the way back, to celebrate we had a little sing song and we sung YELLOW SUBMARINE! It was music to my ears... Well done everyone! 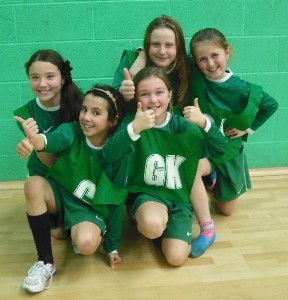 Last night the netball team played against 4 other schools at Leeds West Academy. We scored 4 goals. All the girls played brilliantly the other schools played alright. We had our up's and down's. In addition Valley View came joint 2nd out of 4. We also made it to another netball competition which will be taking place next week at Leeds West. Good Luck girls!

We played against 3 schools at Leeds West Academy. We played brilliantly - no games lost. We scored 8 goals and won 3 and we came first! Great teamwork, unbelievable co-operation and terrific team support. It was great! We all enjoyed the games we played, we took turns so it was fair. When someone scored everybody cheared them on!

In our first event of 2014, our Y5/96 team competed in the Sportshall Athletics cup final. The competition was very tough and our boys and girsl gave their very best, cheered on by Mr K! Although we didn't win, we are so proud we made it to the cup final to be one of the top 6 schools out of the 30+ schools that started the competition. Well done. 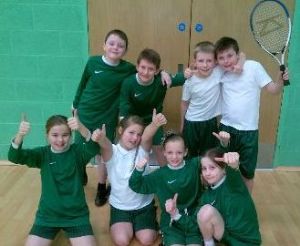 We went to Leeds West to play tennis. When we got there the instructor told us what to do. We played agaisnt 2 teams, Raynville and Bramley St Peters. We won!

Year 5 also played a competition and they came second.

First of all we went to Leeds West Academy. We played 4 matches of fun tennis agaisnt other schools. We played to 10 points. We came second and Year 5 came first! 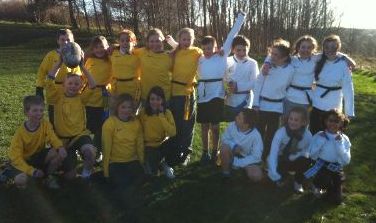 At the year 5 tag rugby competition many people were nervous since they hadn't played before. The weather wasn't very nice, it was windy and cold but as soon as they started they did well. The class thoroughly enjoyed the event and played really well! 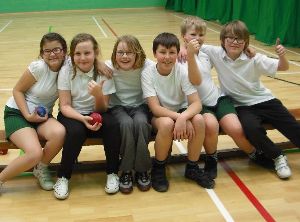 Six children from our Year 6 class participated in boccia, curling, golf and goal ball at Leeds West Academy. They had a great time trying out new activities! 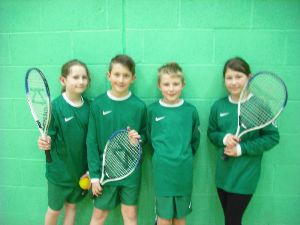 We really enjoyed the tennis competition. It was fun meeting new people. I am going to ask for tennis lessons! I felt confident but a bit scared.

The tennis was great fun and we enjoyed it. It was very exciting and we wish we could do more, we really like tennis! 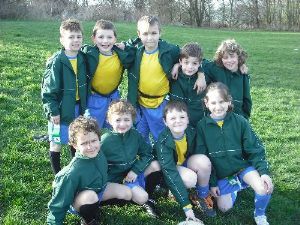 We went to a Rugby competition, it was fun, fantastic and great! At first we felt scared but excited. At the end we were sweating and we felt exhasted. We came second out of seven schools! 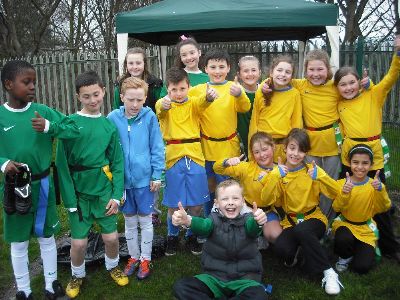 Well done years 5 and 6 for playing the wettest rugby competition ever! Despite the conditions they played some excellent rugby. More photos of this event are on the sports board in school!

Well played both teams! The green team narrowly missed out on a semi-final place. 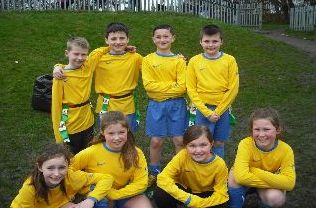 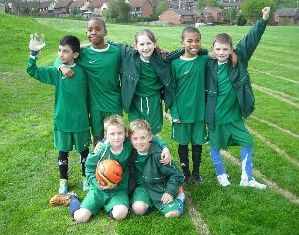 Our year 4 football teams have played in two competitions at Leeds West Academy. Congratulations to the yellow team who won their event! 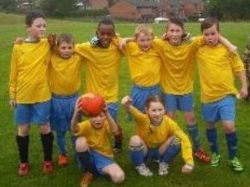 Our football teams have been working hard and have represented Valley View at two city wide competitions. Both were held at John Charles Centre for Sport.

Key Stage 1 Team in action on the speed bouce

Well done to all our children who competed in the Bramley Olympics at the St John Charles Centre for Sport. In a huge Olympic style event we competed agaisnt 8 other local schools. Key stage 1 won their event and years 3 and 4 came a very close 2nd in  theirs. Overall we finished in 4th place.

We played 3 friendly games agaisnt local schools. It was the first time a lot of the children had played and they scored some fantastic rounders! We are looking forward to entering two year 6 teams in a rounders competition at Stanningley in July.

On the 1st of July 10 children from Valley View competed in the Leeds Cycle Challenge. This was a huge competition held at Temple Newsham for 50 schools to celebrate the Tour de France. Well done to our team, Mylo, Zara, Rowan, Charlotte, Dan, Chloe, Nicole, Jordan, Bailey and Thea. We are very proud of you all.